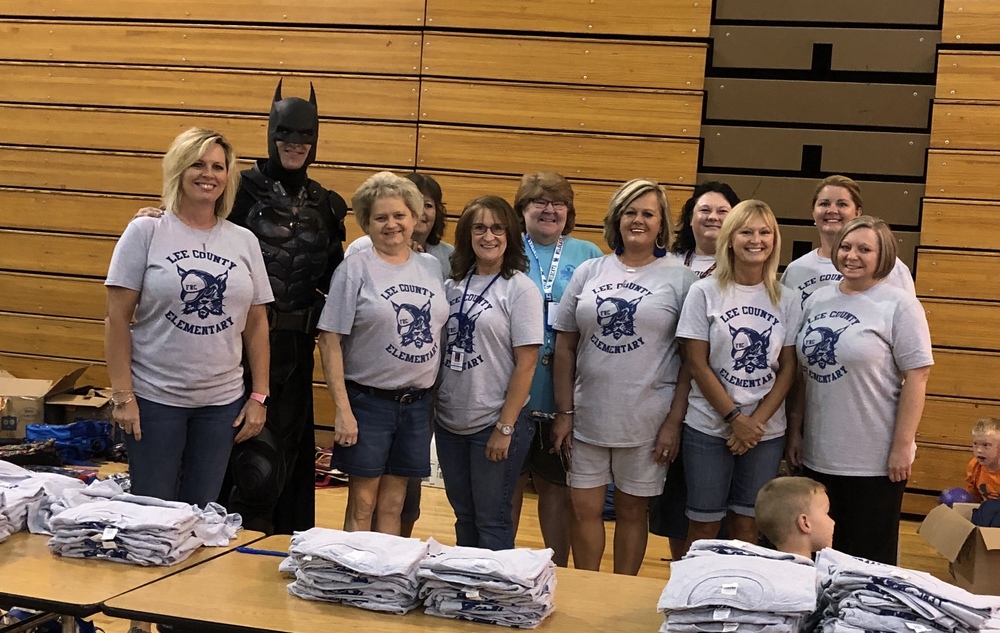 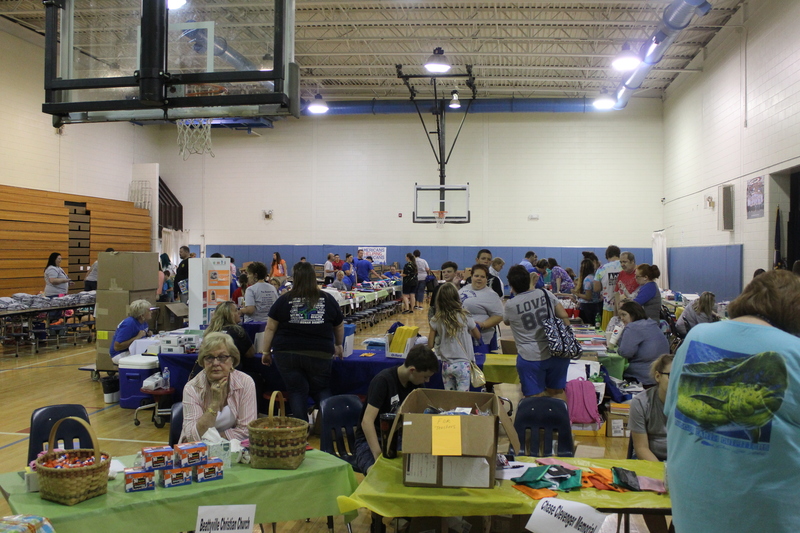 Readifest 2019, the 26th  annual Readifest, was held  Friday August 2, 2019.  This year we had 52 agencies participating in the event and it was our biggest event to date.  The first R-fest was held in August 1994 and included 11 agencies.  We have grown each year and this has truly become a community event.  We were fortunate this past year in that we had received several grants, donations, and cash gifts and we were able to fund R-fest, which cost about $15,000.

Parents and children were in line by 3:00 am and the doors didn’t open until 8:30am.  Over 400 children signed into the event and they received supplies from the agencies, FRC provided backpacks, shoes, school supplies, and shirts for all children.  Once again Americans Helping Americans provided school supplies and some backpacks.

Parents and children were in line by 3:00 am and the doors didn’t open until 8:30am.  Over 400 children signed into the event

The Family Resource Center director, Sherry Lanham   would like to thank everyone who donated time, money and items to make this year a success.  Thanks to all the volunteers who worked prior to the event and on the day of the event in order to make it a special day for our children.   A big “Thank You” to Joy and Donnie Best for donating the bikes, to Rooster Noble for donating fruit and tomatoes, to Coke, Sav-A-Lot,  and Ale 8 for the drinks, Dairy Queen for breakfast and all those who brought food, gave supplies and all the agencies that made our families and children feel so special! Special thanks to sponsors Citizens Bank, Marcum and Wallace Hospital, Lee Co Fiscal Court, Jackson Energy,  ASAP, Title 1,  and PE Banks for donating money to help purchase items for the event.  A special thanks to ASAP for helping to sponsor Batman, who had a great message for parents and children as they waited in line to get their supplies.

We look forward to doing it all again next year!